South African Thriston Lawrence outlasted England’s Matt Wallace in a playoff to win the European Masters on Sunday in Switzerland after the pair finished the regulation rounds at 18-under-par.

Lawrence saw his three-shot overnight lead disappear during a final-round 69 which opened the door after his playing partner Wallace fired a bogey-free 66, only to defeat the Englishman on the first extra playoff hole. 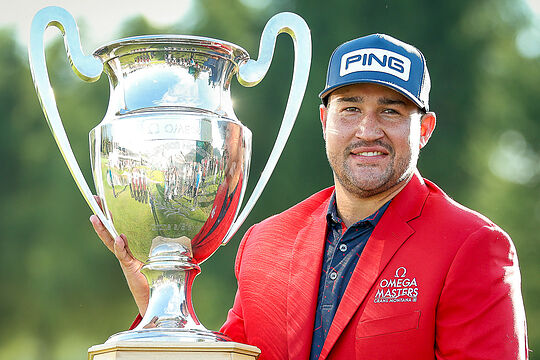 At the first playoff hole, both safely found the fairway, but Lawrence’s approach shot found the green, while Wallace flew his on to the back edge of the green. Lawrence then lagged his putt to tapping distance to set up the victory after Wallace was not able to get up-and-down.

“It’s a privilege to be able to take this victory,” said Lawrence. “There’s so much history going around this event, all the past champions, so can’t wait to get my hands on that trophy.”

“I was happy with my patience this week and just so pleased to be able to win.”