The opening event of the 2022 season had been reduced to 54 holes to allow non-South African resident players, caddies and tournament support staff to return to their home countries, with international travel restrictions imposed on the country after the emergence of a new COVID-19 variant.

Lawrence’s fellow South African Zander Lombard was second four shots behind, and a shot clear of another South African in Shaun Norris and England’s Ashley Chesters.

Saturday’s victory in the co-sanctioned European Tour event is by far his biggest to date.

“It’s so surreal,” said Lawrence. “I don’t think anyone thought it would turn out this way, to finish on a Saturday afternoon but I’m just really thankful. It’s a life-changing moment for me.” 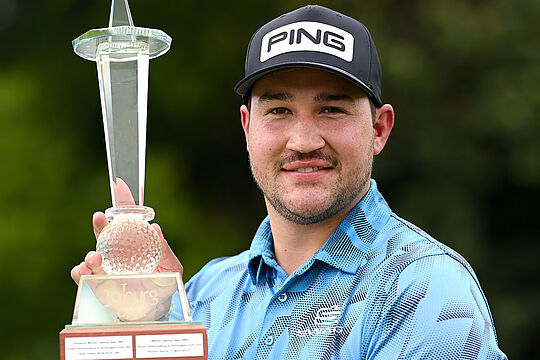 The victory secures a start in The Open Championship at St Andrews next year and moves Lawrence to 243rd on the world rankings. He also now has the luxury of a European Tour exemption until 2023.