Next month’s Australian PGA Championship has added another major drawcard with 1999 Open Champion and former Ryder Cup representative Paul Lawrie set to tee up on the Gold Coast from December 3–6.

The Scotsman is the first of the big name Europeans to sign on for the co-sanctioned tournament, which will also have the richest prize purse on the PGA Tour of Australasia. 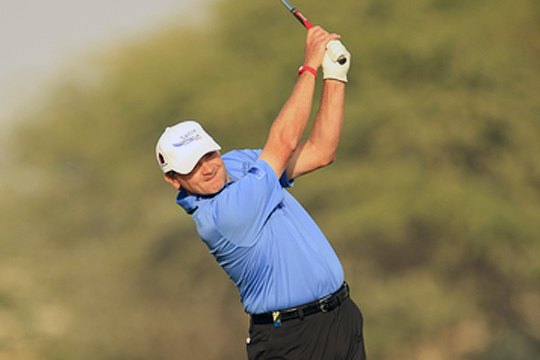 Lawrie has competed in Australia on three previous occasions, all in European Tour co-sanctioned tournaments, but this will be his first trip to the Gold Coast and the Australian PGA Championship.

“I am delighted to be returning to Australia, whilst I have been back on a few occasions for some corporate commitments, I haven’t competitively played there since 2005,” said Lawrie.

Defending champion Greg Chalmers is pencilled in to return as are recent US PGA Tour graduates Cameron Smith and Rhein Gibson and past champions Robert Allenby, Craig Parry, Peter Lonard and Peter Senior.

A host of European Tour players are still to be announced.

Rumford won the WA PGA Championship two weeks ago to turn around what has been an injury-riddled year. Along with his Euro Tour colleagues, the West Australian is looking forward to the season-ending championship which boasts a $1.75 million purse and a two-year exemption on the European Tour to the winner.

“We have a lot of Aussies playing on the European Tour and the Aussie PGA has always been one of our favourite tournaments of the year,” Rumford said. “It just has that relaxed, cruisey feel about it.”

“All the players get together and it’s almost a celebration of the year’s end and what we do as a living. It’s just a really cool vibe around the tournament; it’s just a bit of serious fun that we don’t really have throughout the rest of the year.”

“Most of the guys who play internationally love it as well.”

The PGA Championship will also mark the unveiling of the second stage of the $10 million RACV Royal Pines course renovation, which commenced the day after the completion of the Australian Ladies Masters last February.

Adding to the festivities this year will be a $1 million hole-in-one prize on offer at the revamped water carry par-three 16th hole during Sunday’s final round.