Lawson fired rounds of 62-63-64-71 for one of his significant victories in his career. He had previously finished runner-up four times in Australian PGA Tour events making Sunday’s win even more special.

“I’ve seen too many times everywhere in the world, guys let big leads slip. Until it’s in, anything can happen. Even the three-and-a-half footer I had on 18, I only had to two-putt but I wanted to make sure I made it so it’s done.”

Lawson, 31, was runner-up in the 2017 Northern Territory PGA Championship and the 2018 NZ PGA Championship. He has primarily competed on the PGA Tour of Australasia from 2016 until 2018, before making the decision to travel over to Europe for Q-School where he gained status after earning the 17th card at Qualifying School Final Stage. 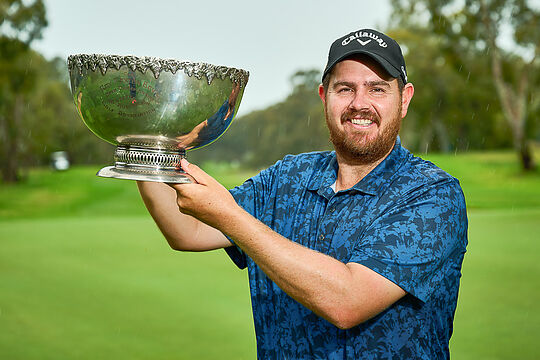 Lawson’s best result this season in Europe was a share of 31st position at the SDC Open back in March.

Former PGA Tour player Michael Sim finished outright second with a impressive final round 64 to get to 18-under-par and two strokes ahead of Christopher Wood who finished in outright 3rd position at 16-under-par.

Promising amateur, Jeffrey Guan, finished in 4th position at 14-under-par to win the Terry Gale Cup as low amateur. It was also his best finish in a professional event adding to a tied for 9th at last week’s WA PGA and a T6 at the rescheduled 2021 WA Open earlier this year.