European Challenge Tour player Deyen Lawson has fired a record-equalling bogey-free 62 on the opening day of the WA Open in Perth.

The 31-year-old went 8-under around the Western Australian Golf Club in Perth to equal Curtis Luck’s effort at the 2016 WA Open and narrowly missing a birdie on the final hole for the outright record. 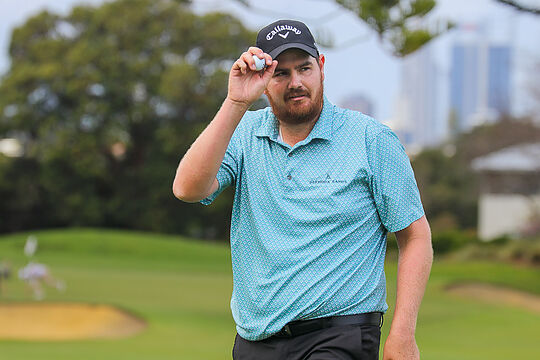 Despite Lawson’s heroics he lies just two strokes ahead Queensland’s Ryley Martin with Jarryd Felton, who finished third at last week’s WA PGA, Jack Thompson and local amateur Joshua Greer another shot back on 5-under.

“I thought about it for about half a second,” said Lawson about his brush with golf’s unicorn round of 59.

“After I hit that tee shot to 15 feet I thought, ‘I can hole that to go eight-under with six holes to go. That’s three more birdies’. And then I walked off the tee and into the trees and forgot about everything I was thinking about.”

“I’ve been in that position before and it’s not good to think about it.”