While charity is normally the biggest winner from the Ryder Cup there’s a heck of a lot of ‘fringe’ benefits for the players and their partners as well.

Try this on for size…about $7500 for each player to cover ‘out of pocket’ expenses before they’d even arrived at Le Golf National to do battle. 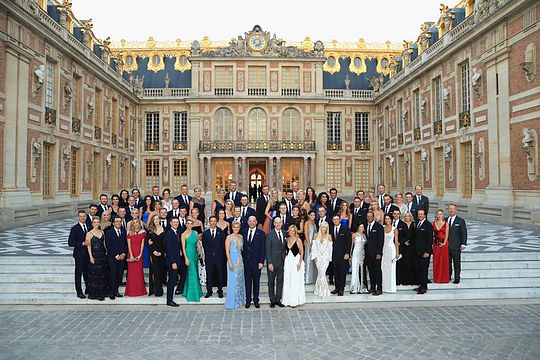 At least that was the reported amount two years ago when the Cup was played in the US according to a recently leaked report.

The Team Welcome dinner, for instance, is at the top of the calendar of events.

So the partner’s wives don’t have to just get their favourite dress dry-cleaned for the big occasion…they get to buy a new one.

And rightly so, this year’s Welcome Dinner was held at no less than the Palace of Versailles – a venue well worth dressing up for.

The players themselves get tailored clothing for the dinner as well as the opening ceremony.

And it seems those benefits aren’t restricted to the wardrobe – at the 2016 Cup players were also offered up to $30,000 for travel to and from the event.

Throw in the 20 complimentary tickets and you get a feel for why the players are quite happy to put that week aside to play in the Cup.

And their caddies aren’t forgotten either.

Similar to their bosses, they get all their travel, lodging, and meal expenses for the week as well as six weekly tickets to pass out, as well as a $4,000 payment.

Mind you, that’s probably chicken feel for most of them when your consider how much some of these best players in the world make when they’re playing in a tournament.