Victorian Brett Coletta has taken a major step towards playing on the PGA Tour next season following a runner-up finish on the Korn Ferry Tour’s TPC Colorado Championship in Colorado. 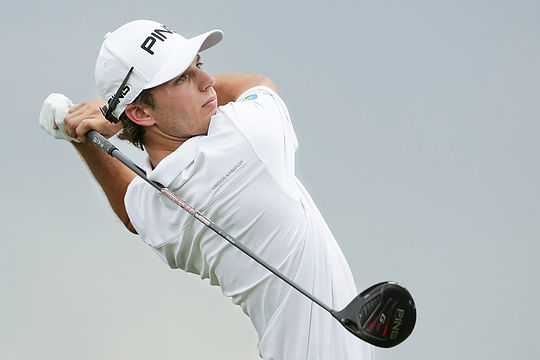 Following six consecutive missed cuts, Colletta recorded the best finish of his career. Earlier Colletta had birdied the 71st hole for a share of the lead at 14-under, but Argentinian Nelson Ledesma eventually birdied the 72nd hole for the title.

The 18th hole played as the toughest hole on the course and the fifth toughest on Tour this season. Ledesma’s birdie was only the 19th birdie of the week on the par-4, 485 metre hole to deny Colletta a playoff.

Rhein Gibson cemented his place inside the top-10 on the Order of Merit with a tie for 16th, while Jamie Arnold was tied for 19th. Arnold recorded his second consecutive top-20 finish, following a T6 at the LECOM Health Challenge.

Brett Drewitt finished in a tie for 33rd position with Cameron Percy in a share of 44th position.

On the Mackenzie Tour in Canada at the Osprey Valley Open, Ryan Ruffels after recording a runner-up finish at the Windsor Championship in his Mackenzie Tour debut, missed the cut with rounds of 69-73. Ruffels currently stands 26 in the order of merit standing in Canada.

Ruben Sondjaja snapped a four-consecutive-missed-cut streak, with a T54 finish in Ontario.