Lee Chang-Woo has won the Asia-Pacific Amateur Championship by three shots at Nanshan International Golf Club in Shandong province, China and with the victory has earned him an invitational to next year’s Master Tournament.

The Korean, who finished second alongside Rory McIlroy at last week’s Korea Open, fired a closing 70 for a 3-under-par total. 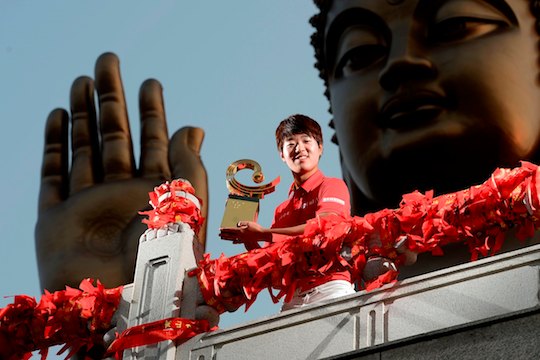 Lee also secured a place in International Final Qualifying for The Open Championship along with runner-up Shohei Hasegawa of Japan, who shot a final day 71 to finish even with the card.

Three Australians finished in the top-10 with Victorian Lucas Herbert the highest-placed Aussie after a final round 3-under par 68 moved him into a share of fourth place at 3-over par for the championship, six strokes behind Lee.

Western Australia’s Oliver Goss finished in outright seventh place after a final round 72 left him at 4-over par for the championship. Fellow Western Australian Brady Watt was one stroke further back at 5-over par in a tie for 8th place.