Australia’s Minjee Lee has recorded another top-10 finish on the LPGA Tour in a major with a share of 7th place at the ANA Inspiration. Lee finished at 10-under the card, five short of the eventual winner South Korea’s Mirim Lee.

Mirim Lee snatched a dramatic victory in a three-way finish at the ANA Inspiration in California as she edged out long-time leader Nelly Korda and Brooke Henderson with a birdie at the first play-off hole. 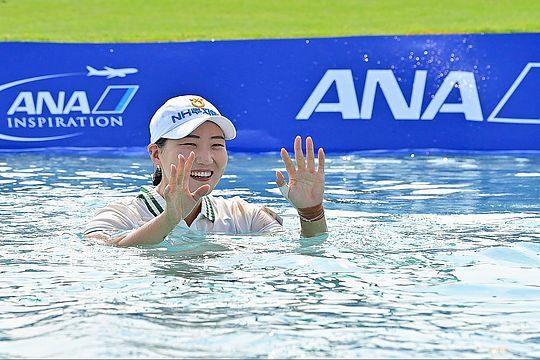 Lee nailed the birdie putt in the first hole of the playoff despite never looking like being the winner in the first major championship for the 29-year-old South Korean ranked No. 94 in the world.

“I feel like I must be a little crazy for having won this. I think I’ll be able to feel it once I meet my family and reunite with them.”

What’s In The Bag – Mirim Lee

“To be honest, of the four rounds, today I struggled the most. Not a lot of my shots were the way that I wanted them. But I think I had a bit of luck that helped me.”

It was another wild finish in the LPGA major that moved from the first weekend of April to the 100-degree heat of September, yet most players were appreciative of the chance to play.

With world No. 1 Jin Young Ko and U.S. Women’s Open champion Jeongeun Lee6 staying home because of travel concerns, Lee made it 10 consecutive years with a South Korean winning a major.

It was her fourth LPGA Tour victory, and first since the Kia Classic three years ago.

Overall it was also a good week for the Australians.