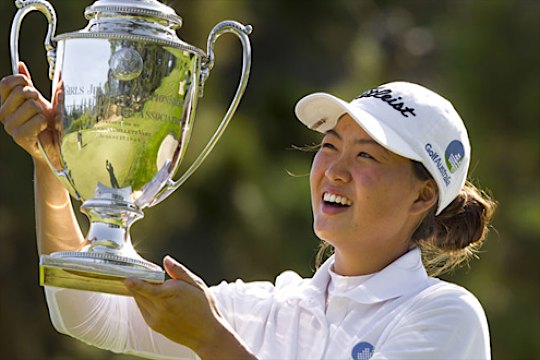 “It is big,” Lee said. “I just pulled myself together and I was like just go for it. You’ve got an opening. Just take your chances and then go from there,” Lee said.

The Perth teen was 3-down through 30 holes when she staged a sudden fight back to win holes 31-34 to go 1-up. It was enough to hold on for victory.

It marks an excellent return to form following time out with an ankle injury earlier in the year.

“Well, I think I could like just refuel, because I haven’t had a break in ages, so I had the best break. Then I just came out even stronger, and I could do things that I never could have done in my swing technically.”

Lee follows in the footsteps of World Golf Hall of Fame member Nancy Lopez and rising star Lexi Thompson in winning the US Girls’ Junior title.