For the first time in her young professional career, WA’s Minjee Lee will lead the Australian contingent into a major championship when the U.S. Women’s Open tees off at the Lancaster Golf Club in Pennsylvania from July 9-12.

19-year-old Lee is the first Australian to pass our Hall of Fame legend Karrie Webb in the women’s Rolex Rankings since their introduction in 2006 and the first of many who have benefitted from Webb’s scholarship program to do so. 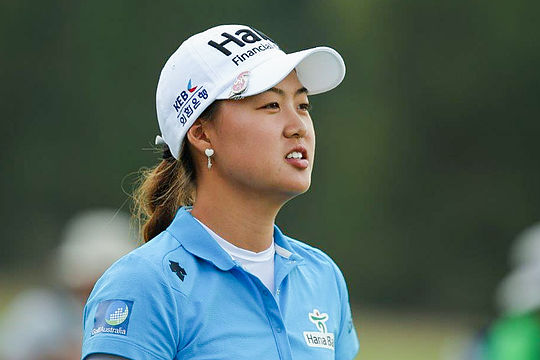 Currently ranked No.15 midway through a highly successful first year on the LPGA, which includes a maiden victory at the Kingsmill Championship in Virginia, Lee’s game and temperament appear well suited to the physical and emotional rigours of major championships.

A final round 76 in last year’s Open at Pinehurst spoiled only slightly what had been a tremendous debut to that point, yet she still managed to finish the championship in a highly creditable tie for 22nd place behind champion Michelle Wie.

Two-time Open champion Webb (ranked No. 18) was a factor at the Women’s PGA Championship held at Westchester just three weeks ago, finishing tied for 7th. With her schedule and energies geared towards the majors, she will expect to contend again this week in what will be her 20th consecutive U.S. Open start.

The Lancaster Country Club is a highly regarded William Flynn layout designed in the early 20th century and will play at 6,483-yards to a par of 70.

However, yardages alone may be deceiving depending on a ragne of factors including course conditions, the USGA’s setup and Lancaster’s unusual feature of the landing areas on 14 of the 18 tee shots playing into upslopes of varying gradients.

Sarah Jane Smith, Breanna Elliott and Katherine Kirk are the remaining Australian hopefuls in a 156-strong field that includes an incredible 23 amateur players.