Minjee Lee has secured her fifth victory of her LPGA Tour career in the Hugel-Air Premia LA Open at Wilshire Country Club moving the Australian to number two in the world.

The Western Australian shot a three-under-par 68 on Sunday to finish at 14-under for a four stroke win over South Korea’s Sei Young Kim.

Kim, who started Sunday six shots behind Lee, never get closer than two shots coming down the back nine after Lee stumbled momentarily with a bogey on on the par-four 11th after failing to get out of a green side number, followed by a three putt on the par-five 15th.

Kim shot a 66, which included a bogey on the par-three 18th, and finished alone in second at 10 under. 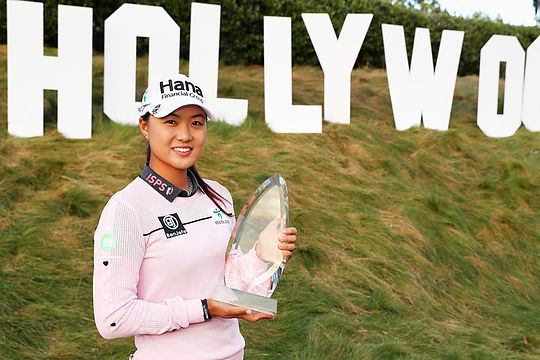 “I’ve always been pretty good at forgetting about everything and concentrating on the next shot,” said Lee.

“I’m not sure if it comes naturally to an athlete, but it’s been pretty good for me.”

Throughout the week, Lee average 250 metres off the tee, which is 10 metres longer than her season average. The 22-year-old already had three top-three finishes so far in 2019, two of which were runners up. Earlier this season she’d passed the $5 million career earnings mark.

Lee secured a US$225,000 winner’s check and her first win of the year. She led the final three days, shooting 66-69-67 to take a one-stroke advantage over Nanna Koerstz Madsen into the final round.

Fellow Aussie Hannah Green, who shared the lead after round one, carded an even-par 71 in the final round to finish in a tie for 14th and 4-under.