Two Aussie golfers have ignited their major hopes on day one of the LPGA Tour’s Chevron Championship in California.

Leading the way is Minjee Lee, who shares the lead alongside 24-year-old American, Jennifer Kupcho, with both players firing rounds of 6-under 66 for a one-shot lead over Thailand’s Patty Tavatanaki in outright third. 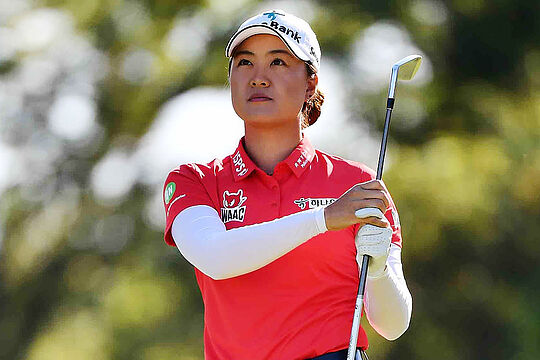 Lee won her first major last year at the Evian Championship and looked in top form going bogey-free in her round while Kupcho took the hard way racking up nine birdies along with three bogeys en route to her 66.

“I think I made maybe three birdies in the first maybe six holes, so off to a pretty nice start,” said Lee.

” I just tried to just trust the process, my process, and just have a good back nine. Finished with two birdies, so it was nice.”

“Conditions are great. Putting greens are rolling real nice. I don’t think you can get better than that.”

Two shots behind the World No.4 is Gabi Ruffels, who sits alongside New Zealand’s Lydia Ko in a six-way tie for 4th place. Joining them is recent Saudi Ladies International winner, England’s Georgia Hall.

Ruffels looked like she might be set to take the lead early on before bogeys at her 13th and 14th holes dropped her back to 2-under with four holes to go. From there, the 21-year-old rallied with two more birdies to get to 4-under and put herself into contention going into day two.

“It’s really cool to be out here again,” said Ruffels. “I had exemptions last year on the LPGA Tour but couldn’t quite get status through Q-School. I just think it’s just being grateful to be out here and just having a lot of fun playing against the best in the world.”