Korea’s Mi Hyang Lee survived a tightly congested leaderboard and then a three-way playoff to record her first win on the LPGA Tour at the Mizuno Classic in Japan.

Lee, her countrywoman Ilhee Lee and local hope Kotono Kazuma were tied at 11-under par for the tournament and returned to play the par-four 18th hole on no less than five occasions before a winner could be determined. 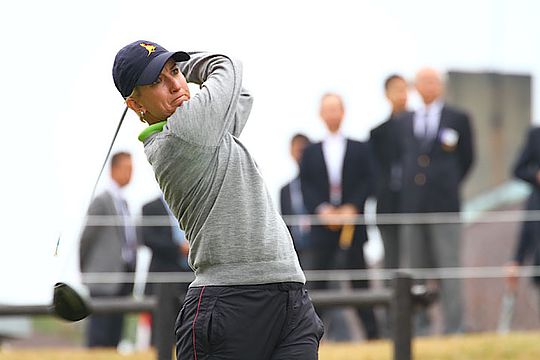 All three players birdied the hole at their third attempt before the 21-year old finally prevailed with a tap-in birdie while her opponents parred the hole.

Australia’s Karrie Webb and Japan’s Ayako Uehara were among a group of nine players who finished a stroke out of the playoff at 10-under, but both players will be rueing final hole bogeys that denied them a playoff opportunity.

Coming off a month’s break and playing only her third event in nearly three months, Webb fired four-under rounds of 68 in each of the last two rounds to add a sixth top ten to a season that includes two victories.

The result in Japan pushed Webb’s season earnings above the $1 million dollar mark for the seventh time and the first since 2006.

The only other Australian in the field, Sarah Jane Smith, finished next to last with a disappointing 5-over par total.