Aussie Marc Leishman is again knocking on Augusta National’s victory door after a five-under par 67 on day two of the 85th Masters.

Leishman brilliantly birdied his opening three holes and then after a lone bogey at 11, he proceeded to birdie three of closing seven in warm conditions at Augusta National. 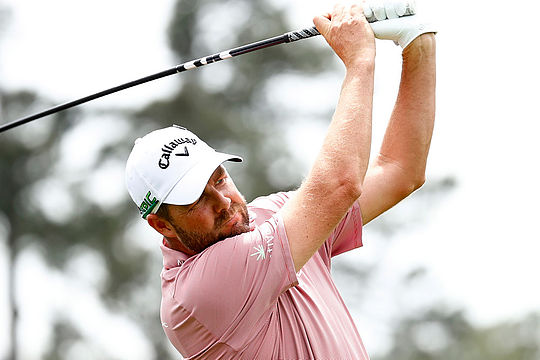 The 33-year born in rural Victoria and now residing with his family in Virginia Beach will head to round three at five-under par and only two shots behind Englishman Justin Rose.

Rose went into day two leading by four, however the 2016 Olympic Gold Medal winner could only produce a second day 72 to remain a seven under par.

Leishman spoke first of the importance of his brilliant birdie, birdie and birdie start on day two in what is his ninth Masters appearance.

“Yeah, I think it was really important, particularly after my finish yesterday,” he said in referring to bogeying four of his closing 10 holes.

“I got off to a good start yesterday and kind of stumbled home, given the tough conditions. It was obviously disappointing to finish the way I did yesterday, but walking off with easy par, I was pretty happy with.”

“To get off to that start today, get myself a little closer to the lead early on…I knew the greens would firm up, and they did. So, yeah, I was happy with the start and was able to continue it today.”

‘Leish’ went close to Masters victory in 2013 in being just two shots off the lead with a round to play but a second straight level par 72 saw him finish in fourth place and four shots behind fellow Aussie and good friend, Adam Scott

Now the 12-time tournament winner is again in contention.

“I couldn’t be more excited about the weekend,” he said.

“This is why I came here. This is the position I wanted to be in. My game’s finally feeling good. It’s the Masters, so yeah, I’m excited for the next two days, but there’s a lot of good shots that have to be hit and a lot of good putts made to give myself a chance going into the back nine on Sunday.

“So hopefully, I can have a good day tomorrow and put myself in that position.”

Cameron Smith also placed himself back into contention with a 4-under 68 leaving him in a share of 13th place and one shot ahead of fellow Aussie Matt Jones.

Adam Scott will have to pull off a miracle tomorrow if he is to get anywhere near the action come Sunday morning. The 2013 Masters champion followed his opening 74 with a 1-over 73 today.

Jason Day missed the cut with a 9-over total.