Leishman rules himself out of Olympic Games

Australia’s Marc Leishman has announced his intention not to compete at the upcoming Olympics in Rio; ruling himself out of the Olympic Golf Team in August citing personal reasons.

Leishman’s decision to not compete in Rio comes off the back of a turbulent 12-months for the PGA Tour winner, after almost losing his wife Audrey to Toxic Shock Syndrome – a rare and potentially life-threatening illness. 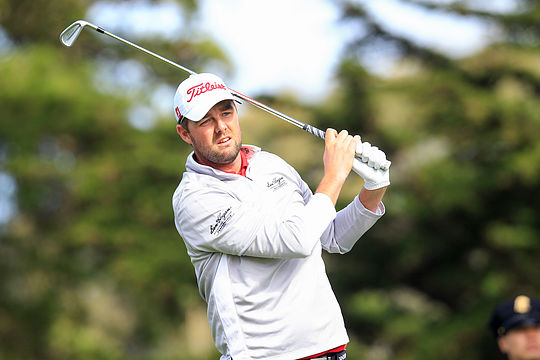 “Last April my children and I almost lost my wife Audrey to Toxic Shock Syndrome. Since then Audrey has been prone to infection and is far removed from 100% recovery of her immune system,” Leishman said.

“We have consulted with Audrey’s physician and due to her ongoing recovery and potential risks associated with the transmission of the Zika virus it was a difficult yet easy decision not to participate.”

PGA of Australia Chief Executive Officer, Brian Thorburn, said he was disappointed when he learned of Leishman’s intention not to compete, but respected his decision to put family first given the circumstances.

“Marc didn’t make his decision without a great deal of thought. Yes, it is very disappointing he won’t be representing Australia in Rio, but we respect his decision to make Audrey’s health and well-being his number one priority,”

“To be in a position where you have to withdraw from The Masters and the Olympics, the two most significant tournaments a Professional can be invited to, all within the space of 12-months, is not a decision made in haste.”

In 2015, Leishman withdrew from The Masters to be by Audrey’s side whose illness at the time was unknown.

Leishman’s decision not to compete in Rio opens the door for another Australian to be selected into the team, but with THE PLAYERS, the US Open and the World Golf Championships-Bridgestone Invitational still to be played, a number of Australian Professionals are within reach of selection.

Professionals eligible, based on their world ranking, include Marcus Fraser who is top of the list as first replacement, followed by Matt Jones and Scott Hend as second and third respectively.

Leishman is the second Australian to decline the trip to Brazil after Adam Scott announced last month that he was unavailable for selection in the Australian Olympic Golf Team.

The Australian Olympic Golf Team, who will operate under the watchful eye of major champion Ian Baker-Finch, will be officially announced on Monday, 11 July.