A more-stream-lined version of Marc Leishman will hit the fairways of the Australian Golf Club tomorrow as he seeks his first Australian Open title.

The World No.27, who is returning to the tournament for the first time since 2015, has lost eight kilograms from his 1.88 metre frame in response to ongoing back issues earlier in the year. 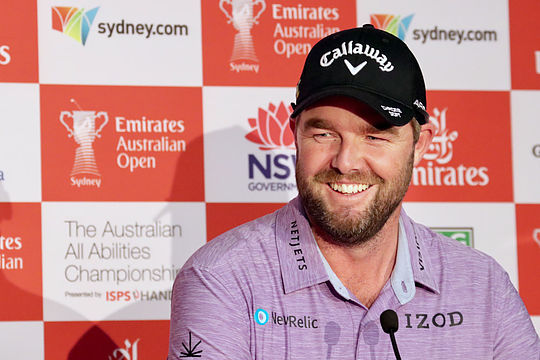 “I don’t think it [weight loss] ever just happens, well not to me anyway. I just wanted to change my eating habits a little bit. I’ve had a few back issues popping up.”

“I’ve lost, I think it’s eight kilos, so not a whole lot of weight, but a good eight kilos in a suitcase, carry that around all the time, it makes a difference,” said Leishman.

“It took a little bit of time to adjust but I feel better for it now. I mean, I just try to cut out sugar and bread really, that’s about it, and cut down a little bit on the beer.”

While Leishman has enjoyed success overseas, he has yet to win a major Australian tournament title and is keen to make amends for that.

“Over the last couple of years I’ve done a better job of it. I’ve had chances the last two years to win tournaments in Australia…before say, 2015, 2016, I think I was either going too hard or relaxing too much, I didn’t have that balance,” said the 4-time PGA Tour winner.

“So, I think now I treat most events pretty evenly, whether it’s the Bays of Limitation or The Masters or The Australian Open or whatever it might be. I try and prepare as well as I can to win that event and that’s what I’m doing this week, preparing as well as I can to try and win it.”

As well as wanting to win this week, Leishman will be keen to take his best form into next week’s Presidents Cup, an event in which he has yet to taste victory.

“Every Australian golfer wants to win the national Open, and then I’ve been on three losing Presidents Cup teams, and I don’t really want it to be four!” he said.

Leishman will tee-off alongside Abraham Ancer and Cameron Smith at 7:05am from the 10th tee tomorrow.