Leishman tries to live his life according to Arnie

Golf fans world-wide would agree that the late Arnold Palmer lived life to the fullest…and played some incredible golf along the way.

So it is hardly surprising that Australia’s own Mark Leishman would be happy to model his own life along similar lines to ‘Arnie’. 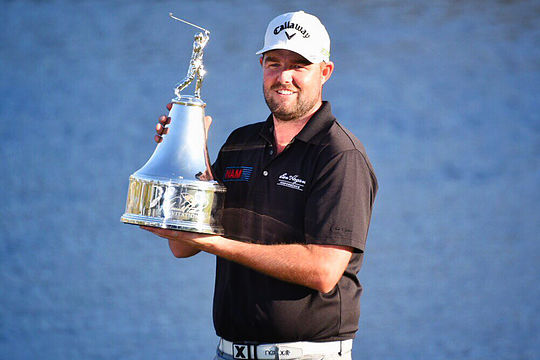 Leishman already holds a special place in history as the only Australian winner of the coveted Arnold Palmer Award.

It is a title handed to the PGA Tour’s Rookie Of The Year each season and Leishman is proud of the fact he won it in 2009, even before Arnold Palmer’s name was added to the trophy.

Yet Leishman has earned another link with Palmer by winning this event named after the great man in 2017.

The Arnold Palmer Invitational was one the great man looked forward to hosting at Bay Hill each year before his passing three years ago at the age of 87.

“He’s someone that you look up to, not just in golf,” was Leishman’s comment after winning this title in 2017.

“They say ‘a life well played’ because he’s lived his life to the fullest.”

“I don’t want to get 30 years down the track and wish I had spent more time with my kids.”

“I feel like if you can be a good dad, a good husband, a good person, play some good golf along the way, enjoy yourself, enjoy a few beers, enjoy some good food…I feel like that’s a life well played – and that’s how he lived his life.”

“You hear some of the stories that Sam Saunders (Palmer’s grandson) tells and you can tell that it’s truly from the heart and that he’s such a great man.

“That’s what it means to me and that’s how I try to live my life: to be known as a great person who played good golf.”