There’s a good reason Marc Leishman managed to fire one of his best rounds in months at the World Golf Championships-FedEx St. Jude Invitational overnight.

Like tens of thousands of other Aussie families around the world the COVID-19 pandemic has taken its toll on the 37-year-old. 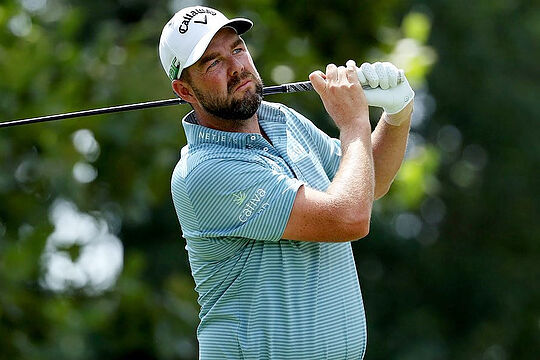 The Victorian hadn’t seen his Warrnambool-based father and mother, Paul and Pelita, in almost 18 months and it was weighing heavily on his entire Virginia-based family especially their three children, Harvey, Oliver, and Eva.

“Dad’s one of my best mates…so not seeing him and my mum for a year and a half was really tough. Also, I was playing terribly last year, so that didn’t help, either,” Leishman told PGATOUR.com.

While most of the world’s population can still come and go as they please, the Australian government has implemented strict border controls on both incoming and outgoing Aussies.

And so Leishman had to find a way around the protocols in order to get his family to the US.

“We had to write letters to the Australian government for them to be allowed out of the country. I wrote one, Mum and Dad wrote one, different people from different fields wrote them. We had the PGA TOUR write one. There were letters coming from everybody. We had a pretty good case.”

However, it wasn’t easy. Even with his celebrity and the weight of the PGA Tour behind them, the process still took months.

All the hard work paid off on when the Leishman’s finally landed in the US on the weekend. Of course Marc was still in Japan following his Olympic event and wasn’t able to make the emotional reunion until landing in Memphis, the site of this week’s FedEx St. Jude Invitational event.

It might be a while before the Leishman’s are able to make the return journey to Australia but with an opening round 5-under 65 and a share of 6th place, the six-time PGA Tour winner might want them visiting more often.