Chilean Hugo Leon finished with back-to-back birdies to earn his maiden victory on European soil at the British Challenge on the Challenge Tour. Leon finished at 19-under-par a stroke clear of playing partner Oliver Bekker.

Leon moves to 12th on the Road to Mallorca Rankings, which are still led by Spain’s Santiago Tarrio, with Gouveia currently in second place. 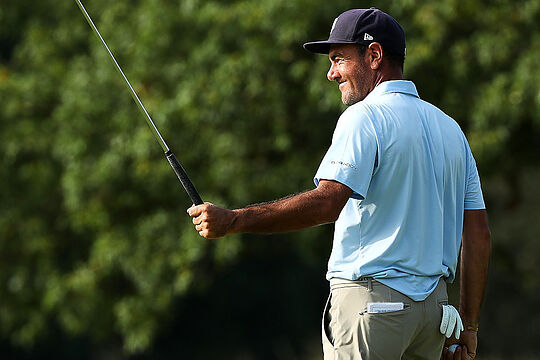 Dimi Papadatos finished the best of the Australians with a share of 7th position at 15-under-par to move to 35th in the Rankings after nine tournaments. It was Papadatos’ third top-10 result this season having finished in a share of second place back in July at the Kaskada Golf Challenge.

Blake Windred finished at 13-under-par and in a share of 15th position to move to 29th in the Challenge Tour Ranking following his second place finish back in June at the Challenge de Espana.

Windred is currently the highest ranked Australian in the standings where the top-20 on the Road to Mallorca at the end of the season earn promotion to the European Tour.

The other Australians who have competed on the pathway tour are Deyen Lawson who currently sits 133rd in the standings, with Bryden McPherson at 197th having only played three events, along with David Micheluzzi, who sits in 292nd place after three events. Jarryd Felton is 310th from four events.

With seven tournaments remaining in the season, Windred is well placed in the standings to move inside the desired top-20. The season wraps up at the Rolex Challenge Tour Grand Final starting 4th November at the T-Golf & Country Club, Mallorca, Spain.