Like it or not golf makes its Olympic return in Tokyo

Since returning to the schedule in 2016, many questions have been asked if golf should be in the Olympics and the issue has arisen again with the men’s field at the 2020 games lacking a number of big name internationals.

The best players from Britain, South Africa and the United States, have elected not to play at Kasumigaseki Country Club near Tokyo. Jon Rahm’s positive COVID-19 test and headline-making Bryson DeChambeau has also been forced out. 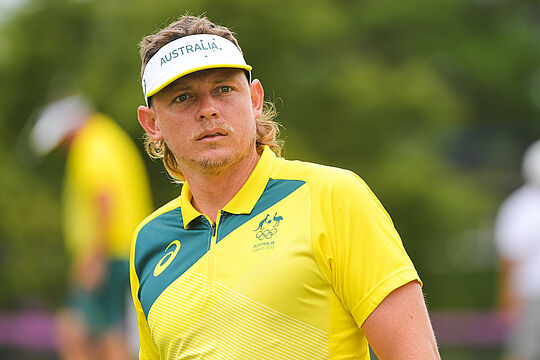 Just 18 of the world’s top-50 male players are in Japan and while that is partly because participation is limited to four players per nation, you cannot help think many would rather focus on the lucrative FedEx Cup, or September’s Ryder Cup, than compete for Olympic gold.

The men’s field is lacking in depth yet golf fans will still be able to enjoy the action from Collin Morikawa, arguably the in-form player on tour at present, as well as Xander Schauffele, Justin Thomas and Rory McIlroy. Aussies Cam Smith and Marc Leishman will also give the championship plenty of spark from an Australian perspective.

The women’s event is different with the majority of the world’s best players taking part.

The men’s Olympic golf competition begins Thursday in Japan, despite the expected arrival of a typhoon on Tuesday morning in the vicinity of Tokyo. The women begin their four-day event on Wednesday, 4th August.