Lingmerth finished at 17-under-par closing with a solid 68 and in the process earning playing rights for the PGA Tour next season. It was Lingmerth’s first top-10 finish anywhere since the 2017 Quicken Loans National, with a period of 117 starts combined on the PGA Tour and Korn Ferry Tour. 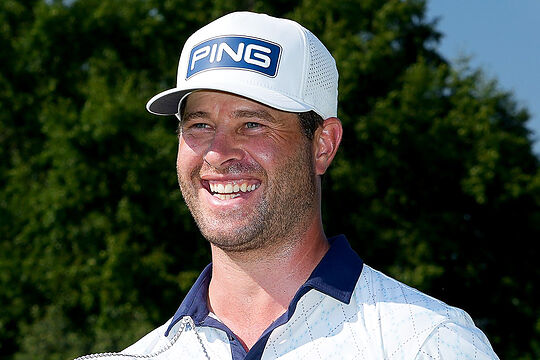 The 35-year-old finished this season 208th on the FedEx Cup standings but was one of the players gaining a start into a Korn Ferry Tour Finals berth by being inside the top-200 on the points list thanks to the suspension of tour members who have defected to the LIV Golf series.

Not only did Lingmerth capture his first victory in seven years on Sunday, he also secured a place in The Finals 25.

“I was trying really hard not to focus on the PGA Tour card aspect of things,” said Lingmerth.

“I was trying to win the golf tournament but, with that being said, if I parred the last and Paul birdied it and I lost by one, I still would have been very happy with the week and the next year to come. To be able to knock a win off is a much, much better feeling. I’m very happy.”

Lingmerth has won once on the PGA Tour at the 2015 Memorial Tournament and with Sunday’s victory has two wins on the Korn Ferry Tour, the other coming back in 2012 at the Neediest Kids Championship where he defeated Casey Wittenberg by a stroke.

As an amateur Lingmerth played college golf at the University of West Florida for one year before transferring to the University of Arkansas where he was a two-time All-American. He won one event at West Florida and another at Arkansas. His highest world amateur ranking was 7th before turning professional in 2010 after finishing college.

Aaron Baddeley finished the best of the Australians in a share of 28th position an opening round of 65 providing the platform for Baddeley to post a solid tournament result.