Lipsky opened with rounds of 69-66 to have him in a share of fifth place after 36 holes, before the 31-year-old matched the course record with a 10-under 62 third round score, equaling Fred Couples’ record set at the 2011 AT&T Championship. 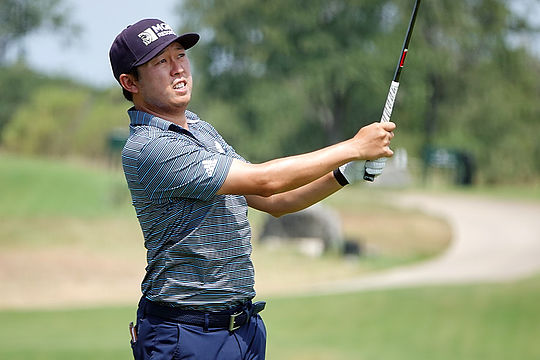 He took a one-stroke lead into Sunday’s final round and stacked seven birdies against a lone bogey for a closing 66.

Lipsky has won twice on the European Tour and twice on the Asian Tour but has never held full status on the Korn Ferry Tour or PGA Tour.

Lipsky moved to 11th on the money list having recored another top-10 finish at the Panama Championship.

What’s In The Bag: David Lipsky

His other two victories were the 2012 Handa Faldo Cambodian Classic in Asia and the 2014 Omega European Masters. As an amateur he played college golf at Northwestern, where he won twice, including the 2010 Big Ten Championship and was an All-American in 2011.

Brett Coletta was the best Australian finishing at 14-under par to be in a share of 23rd position, with Curtis Luck a stroke behind to claim a share of 27th position.

Coletta moves to 78th in the rankings with Luck currently placed at 102nd.

Harrison Endycott’s final round of 67 moved him sixteen places to a share of 31st position at 12-under-par.

Ryan Ruffels also made a final round play with the 22-year old moving 10 places to finish in a share of 46th.

Ruffels is currently ranked 58th on the money list from his ten starts where he’s made seven cuts and remains the top-ranked Aussie on the Korn Ferry Tour.

Last week’s winner Will Zalatoris maintains the top-ranking on the money list with a comfortable margin over Mito Pereira and Davis Riley.

The Korn Ferry Tour will remain at TPC San Antonio next week to play the Oaks Course, site of the PGA Tour’s Valero Texas Open.