A six-time winner on the Japan Tour which includes two Japan Majors, Norris claimed his first title on the DP World Tour after losing his overnight lead and then fighting back to reclaim it with a solid back nine to card a final round 70 to win by three shots at 25 under par.

“I stayed patient and kept my head, and eventually things fell into place, said Norris. “I was hitting the ball nicely and I gave myself chances. Things started going my way.”

The win was Norris’ first in South Africa in 11 years to add to his ten career professional titles to date. Born in Joburg, Morris turned professional in 2002 and has won twice on the Sunshine Tour including the inaugural Africa Open in 2008, before the event became part of the European Tour schedule. The 39-year-old also has two Asian Tour titles to his credit. 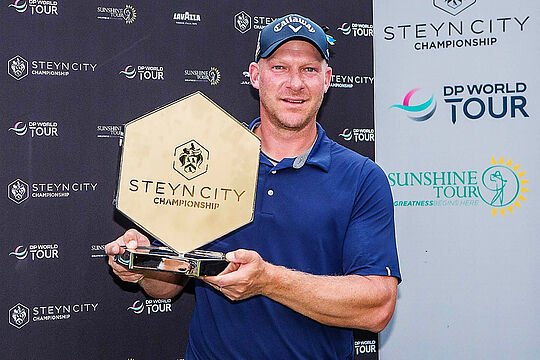 Two Australians made the cut in South Africa with Jason Scrivener and Maverick Antcliff finishing in a share of 64th position.

The DP World Tour has two events being staged this week with the top players heading for the WGC Dell Technologies Match Play at Austin Country Club in Texas while the rest of the field will play the Qatar Masters at the Doha Golf Club.