The PGA Tour of Australasia has announced further changes the 2021 summer schedule; the tweaks coming hot on the heels of the Australian PGA and Australian Open postponements.

The WA PGA Championship in Kalgoorlie will now take the place of the Australian Open from November 25-28 at the Kalgoorlie Golf Course followed by the WA Open at Royal Fremantle Golf Club starting 2nd December. 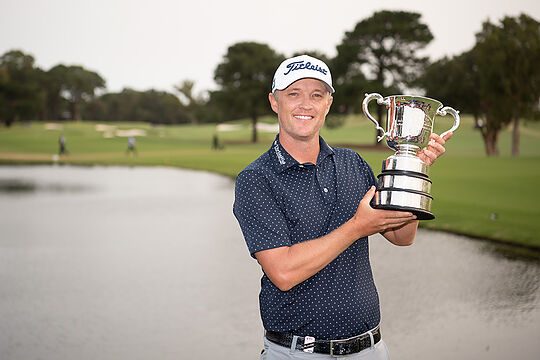 The Victorian PGA Championship and Gippsland Super 6 will fill the void left behind in December by the Australian PGA Championship. The Victorian PGA will tee off on December 9th at Moonah Links on Victoria’s Mornington Peninsula and will be followed a week later by the Gippsland Super 6 at its new home at Warragul Country Club.

“Our primary desire is to give our Tour the best possible chance to conduct as many events as possible in dates that will allow all our membership to participate in tournaments that carry full Order of Merit status,” said Nick Dastey, Tournaments Director Australasia for the PGA of Australia.

“It has become increasingly obvious in recent weeks that with the current lockdowns and restrictions across the country we were going to need some extra time to achieve this outcome.”

“We owe it to our players to give every event the best possible chance to conduct Order of Merit events that all members are able to take part in and we owe it to our sponsors to provide the highest quality fields that we can.”

“We’re hopeful that by the time the WA PGA Championship at Kalgoorlie Golf Course is due to begin on November 25 that we will be in position to deliver on both of those.”

If all goes to plan, the Australian PGA Championship will herald the start of the new year at Royal Queensland in Brisbane on January 16th.