Patrick Reed’s victory at The Barclays helped secure a second successive Ryder Cup appearance for the feisty American, as the first 8 automatic qualifiers for Davis Love III’s team for the matches against Europe next month were confirmed at the completion of play.

US Open champion Dustin Johnson, Jordan Spieth, Phil Mickelson, PGA champion Jimmy Walker and rookie Brooks Koepka were already a lock for the team prior to the event, with Reed, Brandt Snedeker and Zach Johnson earning their places with their performances at The Barclays. 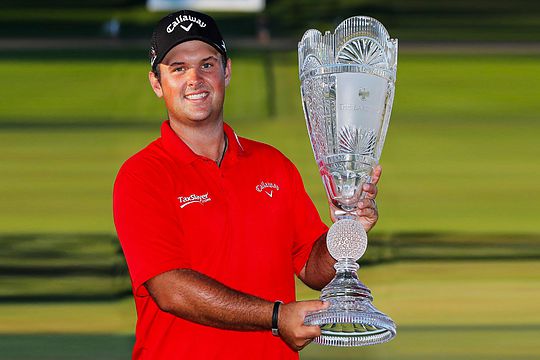 “We have an extremely talented group of eight automatic qualifiers for this year’s US Ryder Cup team,” Love said. “Each has a real passion for the Ryder Cup.”

“Having Phil Mickelson, who’s made a record 11 US teams, will be incredibly valuable. Phil will be a leader for us both on and off the golf coUS at Hazeltine National.”

Not so lucky on the final day at The Barclays was Rickie Fowler, who fumbled both his chance to win the tournament and an automatic spot on the team with a final round 74 that left him tied for 7th place.

Fowler and players of the calibre of Bubba Watson, Matt Kuchar, J.B. Holmes, Bill Haas and Jim Furyk have two more FedEx Cup Playoff events to impress before Love will announce three more picks on September 12. A fourth and final pick will be made at the completion of the Tour Championship on September 25th.

Victory for Europe at Hazeltine would see the Cup remain in European hands for a fourth-successive time, something the Americans have been working hard to avoid having completely overhauled their approach to the Ryder Cup following their disastrous result in Scotland in 2014.