Rory McIlroy answered his critics in the best possible manner posting his lowest opening round in some 16 months with a blistering 63 on day one of the Travelers Championship in Cromwell, Connecticut.

McIlroy was very much in his element grabbing an eagle and six birdies for a seven-under par tally and the early clubhouse lead on the par-70 TPC River Highlands course. 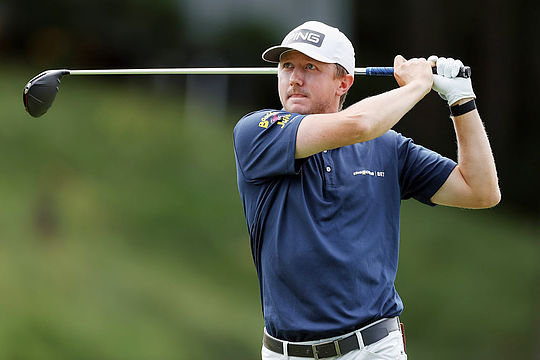 Around an hour later Canadian Mackenzie Hughes posted 10 birdies in a score of 60 to storm past McIlroy and into the lead at the $7.4 million event.

McIlroy’s score is his lowest first round mark since a 63 on the opening day of last year’s WGC – Mexico Championship.

The par-70 TPC River Highlands course is renowned for its low scoring and in 2016 witnessed American Jim Furyk shoot an all-time PGA Tour low of 58.

“Given the low scores here in the past I have to keep reminding myself it’s a 72-hole golf tournament and there’s plenty of chances throughout the week to make birdies,” said McIlroy.

“Even after the first few holes where I had chances and I didn’t quite convert, so you just have to keep telling yourself, there are so many more chances coming up.”

Birthday boy Phil Mickelson, who recently turned 50, and who played alongside McIlroy signed for a six-under par 64 while Open champion Shane Lowry bounced back into form moving to five-under with three holes to play before three-putting his 17th hole for a 66.

Mickelson’s round was no doubt buoyed by the announcement earlier that day of his exemption into this year’s US Open. He was 61st in the world rankings and one spot outside the required top-60 when world rankings were frozen in March.

The five-time major winner has famously finished runner-up six times at the tournament and needs a win there to become only the fifth player in modern times to win the career Grand Slam. Mickelson is in good company though with Sam Snead also missing out on the US Open title despite his seven-major career haul.

Xander Schauffele quickly put his poor 64th place finish at the RBC Heritage last week behind him carding nine birdies on his way to a 7-under 63.

The newly-beefed up Bryson DeChambeau continued his stellar run of form with a bogey-free 65 while Masters champion, Sergio Garcia and South African Louis Oosthuizen, closed with 64 a piece.

Cameron Davis and Marc Leishman lead the way for the Aussies at 4-under 66 and in equal 17th place.