The noise was like nothing else as Ireland’s own Shane Lowry smashed the course record and in the process stormed his way to a four-shot lead heading to the final round of the 148th Open.

In scenes similar to Lowry’s remarkable 2009 Irish Open success as an amateur, the affable Irishman brilliantly birdied three of his closing four holes in a round of an eight-under par 63 shattering the course by two shots.

Lowry didn’t drop a shot all day and only once, when he was left off the tee at the par-5 12th hole, did he look like doing so but then Lowry pulled off a remarkable second shot to grab the fifth of eight birdies in his round.

“I really enjoyed today, obviously I played great golf and the crowd were incredible. Every time I got a putt I wanted to hole it and hear that roar again. I said to Bo (Martin, his caddie) walking off 17, ‘We might never experience anything like the next half-hour again, so let’s make the most of it’.” 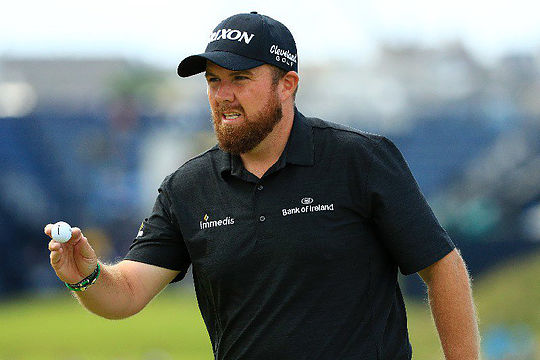 “I just felt so comfortable out there and hope I do tomorrow. I have a tough 24 hours ahead of me, but there’s nowhere I would rather be. I have a four-shot lead in an Open in Ireland. Tomorrow is going to be incredible no matter what happens.”

Asked about losing that four-shot lead at Oakmont in 2016, Lowry added: “I hope I’m going to be able to deal with it better. I know it’s going to be difficult and hard but hopefully I am ready for it.”