The good news for fans of the LPGA Tour is that the schedule is set to kickoff again from mid-July, however, the Women’s PGA Championship, which was won by our very own, Hannah Green, has been postponed until early October.

“One thing that has become clear is that there will be no ‘opening bell’ regarding a return to safe play in this new normal of the COVID-19 pandemic,” said LPGA Commissioner Mike Whan. 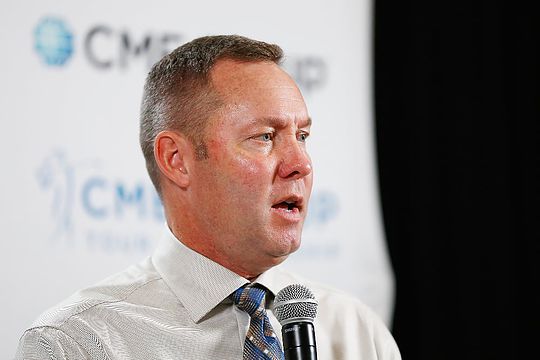 “To be honest, being first has never been the goal when it comes to returning to play in this new normal. We have built a schedule that we think is as safe as possible given what we know [at this stage].

“While July seems like a long way away, we are certainly aware that restarting our season in Michigan, Ohio and New Jersey will require a continued improvement in the situation in each of those states.”

Michigan and Ohio are amongst the states that saw recent protests about the ongoing restrictions despite the US having one of the worst infections rates on the planet.

LPGA Commissioner Mike Whan has also announced that several tournaments including the Volvik Founders Cup and the LOTTE Championship have now been moved to 2021 while the season-ending CME Group Tour Championship will shift back a month to the week before Christmas.

One of the few upsides to the lack of tournament play will be an increase in the purses available for the 2020 season. Players will compete for a total of US$56 million or almost US$2.7 million per event.

“Many of our remaining events will feature higher purses in 2020 thanks in part to some of our sponsors, who could not reschedule their events, offering some of their prize funds to increase other purses,” said Whan.

“In what has been a very challenging year for everyone, we are so thankful to our partners for their creativity, collaboration and dedication to helping our athletes get the most out of the playing opportunities they will have in this unprecedented season.”

The Symetra Tour, which is the feeder tour for the LPGA, also announced that it will restart its schedule in July at the Prasco Charity Championship in Ohio.

There will be two new events added to the lineup taking the total to 16 and just four down from the original 20 scheduled for this year.

The season will now conclude in early November with the Symetra Tour Championship in North Carolina.