The money on offer isn’t quite up the PGA Tour’s feeder Tour standard but players looking to make it onto the LPGA Tour will have plenty to smile about with Epson taking over the naming rights of the former Symetra Tour. 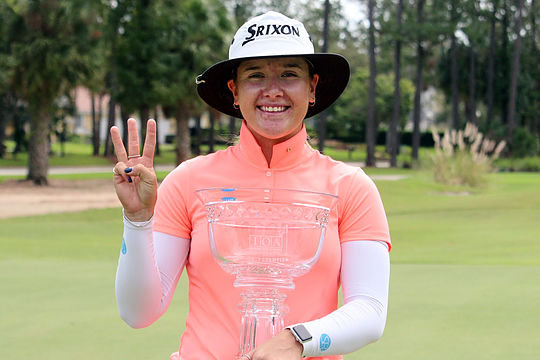 “Five years ago, fewer than 1 in 5 tournaments were playing for a $200,000 purse. Now this mark is the new minimum threshold for every event, opening new doors for all individuals chasing their dream of one day playing on the LPGA Tour.”

Ally Ewing, a former Symetra Tour player, current LPGA Tour player and the newest Player Director on the LPGA Board said the new sponsorship deal with Epson and the increase in prize money is encouraging.

“To see the Epson Tour continue to elevate since I graduated in 2016 is great for the game of golf.”

“I earned just over $110,000 when purse sizes averaged roughly $139,000, so a 50% growth over such a short span is both encouraging and essential to creating a financially viable path for these future LPGA Tour members.”

The former Symetra Tour has been a happy hunting ground for the Aussies with our last two major winners – Hannah Green and Karrie Webb – both making their way through the feeder tour along with former long-time World No.1 Lorena Ochoa, Laura Davies and Cristie Kerr.