The LPGA has announced its 2023 schedule and the news looks good for the future of the women’s game.

Next year’s LPGA Tour schedule will feature a total of 33 tournaments and a record US$101.4 million in prizemoney – a 10% increase over 2022. The majors will see the biggest year-on-year move with the five events combining to offer US$37.9 million for an almost 40% increase. 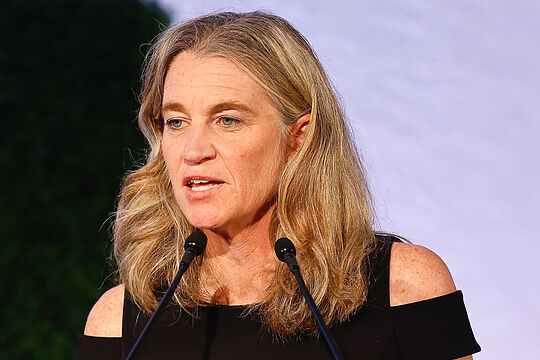 “2023 will be a banner year for the LPGA Tour,” said LPGA commissioner Mollie Marcoux Samaan. “The schedule features new events, elevated purses, unique formats and world-class golf courses. Our athletes are playing for more total prize money than any time in history, and we have over 500 hours of broadcast television. All those things combine to make the LPGA the leading women’s professional sports property in the world.”

“We feel very bullish on where we’re going but we are not done yet. I think all this growth is really positive, but we still have work to do.”

For a comparison, the PGA Tour’s 2022-23 schedule is offering US$405 million along with another $145 million in bonuses, including the FedEx Cup end of year riches, which total $75 million alone.

The LPGA Tour knows they need to step up with regards to prizemoney. LIV Golf has already made it clear they are eyeing a move into women’s golf and it is certainly ripe for the picking with many top player sure to jump at the chance to earn the money they feel they deserve.

Why stop at the top 100? Any player who has managed to earn a card on the biggest women’s tour should at least be able earn a living.

You only have to look at the LPGA’s feeder tour, the Epson Tour, where the stars of the future battle it out for roughly $200,000 each week. How many players end up leaving the sport because they don’t have the financial backing to survive each season.