Word of mouth is proving a winner for the ‘Down Under swing’ of the US LPGA Tour.

That’s the positive news from Commissioner of the world’s biggest women’s Tour, Mike Whan from the LPGA. 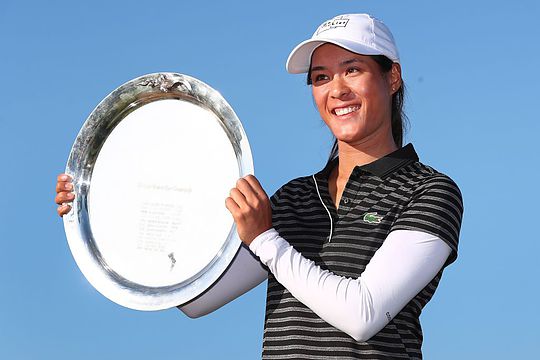 And top of the talking points was the success of the ISPS Handa Vic Open, which has been added to the ISPS Handa Women’s Australian Open in an effort to lure more overseas players to start their year in Australia.

Whan explained that the co-sanctioned Vic Open had definitely been “the talk of the sport” for a week in February, and he anticipated a stronger field at 13th Beach for next year’s event.

Whan said the response from players visiting for the first time was similar to when the LPGA began its co-sanctioning with the Australian Open a few years ago.

“I was in Thailand and Singapore a couple of weeks after the Vic Open was over, and I was sitting in the players’ dining in Singapore listening to two players who’d played the Vic Open talking to six players who didn’t, and they were telling them how cool the experience was,” said Whan.

“They’d played a practice round with different guys, shared warm-up routines and how great the fans were about the whole thing.”

“Events can really take hold when word-of-mouth within the athletes takes off.”

“We can do what we want with promotion and all that, but at the end of the day if the athletes like it, believe it and it means something to them they’ll tell other athletes.

Although the Vic Open had the smallest purse ($US1.1m) on the LPGA Tour, Whan said the concept with its mixed men’s and women’s fields and the vibe of the event had an impact.