A West Australian amateur and Professional lead the way following the first round of the Nexus Risk TSA Group WA Open being played at Royal Fremantle Golf Club.

Amateur Curtis Luck showed the future of Australian golf is in good hands as he upstaged the Professionals playing in the morning field to be the outright leader early. 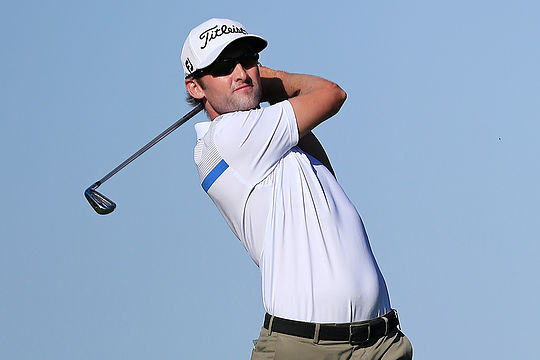 Firing a 6-under 66, which included an eagle on the par-5 5th, Luck led the PGA Tour of Australasia tournament by one shot after the morning tee times.

Not to be outdone Professional Michael Sim, playing in the afternoon field, came home in a flurry of birdies to tie Luck for the lead heading into the second round.

Sim has been in good form lately, recording two top-10 finishes in his last four starts on Tour, but he believes his performance was down to some swing advice from Jason Scrivener.

“I held it together on the back-9, the sea breeze came in a little bit which made that back-9 a little tougher.”

“Actually Scriv (Jason Scrivener) helped me out yesterday on my swing a little bit. I struggled in the pro-am a little bit and I seem to play my best golf when I can hit a fade and I have been struggling to do that the last week. I just kind of worked on that all day today and its funny you shoot 6-under, it’s a good feeling.”

This is the second week in a row that an amateur held a share of the first round lead in a Tour event after Min Woo Lee led the TX Civil & Logistics WA PGA Championship in Kalgoorlie last week.

Sitting just behind Luck and Sim are David McKenzie and Gavin Flint who recorded opening rounds of 5-under 57 on the well presented Royal Fremantle layout.

Recording rounds of 4-under 68 to be tied fifth after the first round are four players; Jason Norris, Sven Puymbroeck, Jason Scrivener and Jake McLeod.

Jason Norris comes into this week fresh from an outright 6th in Kalgoorlie but believes he has some work to do with his putter.

For Puymbroeck, his 4-under 68 is his best round of the year and just his third under par which had left him reconsidering his future in the game.

Jason Scrivener came into the tournament after spending the year competing on the European Tour and as the highest ranked player in the field.

The Nexus Risk TSA Group WA Open is just McLeod’s second competing as a Professional so he is pleased to be turning in good performances early in his career.