Luck looking to forward to pro debut at Texas Open

Rookie professional Curtis Luck could feel right at “home” this week in the play-for-play ranks at the Valero Texas Open at TPC San Antonio.

The $US 6.2m event is the first of nine invitations afforded to the 20-year-old during the remainder of the 2017 season. 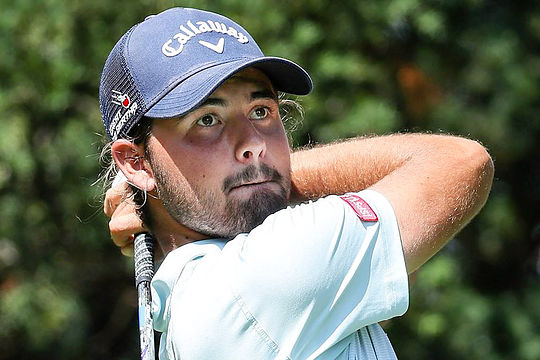 After being over-looked for an invitation last week at Hilton Head it has no doubt helped Luck’s appearance that Norman’s Great White Shark Enterprises administer the Texas tournament.

And the Cottesloe-born Luck is also far from a stranger to the pro ranks having spent much of the past six months competing alongside his now professional colleagues.

Luck won the 2016 Western Australian Open while still an amateur before finishing 11th at the Australian Open last November and was 23rd at the European Tour’s Dubai Desert Classic in February.

In fact, Luck wound up his amateur career competing in the Arnold Palmer Invitational and last fortnight’s Masters where he made the cut and narrowly missed “Low Amateur” honours at Augusta National.

“I am looking forward to teeing up and hopefully earning a first pay cheque as that would be pretty nice”, he said.

“I’ve known for some time I was going to turn professional after the Masters and now that the week has come I am really excited and looking forward to teeing up.”

“There’s also the added pressure to perform giving I am now trying to make a living from the game.”

“But I haven’t played an amateur event since October so I feel like I’ve been a professional for a while, I just haven’t been able to cash a cheque.”

Luck has been seeking advice ahead of his new career including chatting with Australian Adam Scott during an Augusta practice round.

“Some of the best advice I received was to play in blocks and not to tire myself out by playing week after week,” he said.

“So it is much like taking one step at a time but then I am not too sure of my schedule at this time because it is all about getting my status on the Tour.”

Also in the field at TPC San Antonio is defending Texas Open champion Charley Hoffman, who led the first two rounds at the Masters, as well as two-time major winners Angel Cabrera and Zach Johnson.