It was a case of mission complete for Australia’s Curtis Luck at the Web.com Tour Q-School in Arizona on Sunday.

The Western Australian tore up the Whirlwind Golf Club in Arizona with rounds of 67-64-68-67 seeing him finish in a share of third place on 22-under to easily secure his card on the all-important PGA Tour development tour.

Aside from the $15,000 prizemoney, the top 10 finish gives Luck a start at the first 12 tournaments of the season, starting January 8th at the Bahamas Great Exuma Classic. The top 25 players on the moneylist at season’s end will graduate to the PGA Tour for 2018-19.

Luck came into the tournament fresh off an 11th place finish at the Australian PGA Championship, where another young Aussie, Cameron Smith, took out the title. 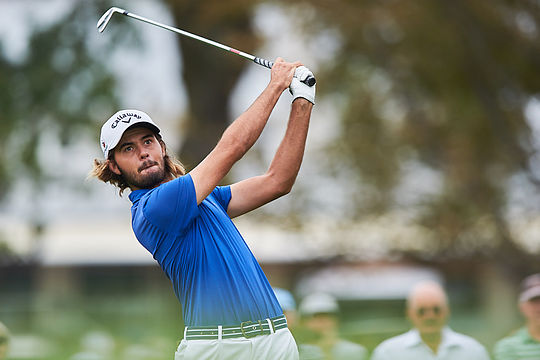 “I putted great [last week] and made some really good up-and-downs, which was really important coming into this week, where I think it’s really a putting competition out here because the courses aren’t very long,” said the 2016 US Amateur winner.

Unfortuntely the story for the rest of the Australians was not as they had hoped with Ray Beaufils finishing in equal 73rd, Brett Drewitt (T85) and recent Australian Open winner, Cameron Davis, closing the weekend in a distant 113th.

The trio from Down Under will now have to make do with conditional status, where they are a least assured some starts throughout the year but they won’t have the luxury of being able to plan their seasons and will have to make the most of any starts they do get.