If Nick Cullen’s impressive Masters victory isn’t a pointer to the depth of Australian golf then nothing will ever satisfy the casual fan. Not only did the South Australian beat the number two-ranked player in the world, he tamed Melbourne’s mighty Metropolitan golf course.

For so long I’ve been told people only want to see the best in the world, without the likes of Tiger, Phil or Rory they’re not interested going to see our major events. I get it, as a nation, we are spoilt for top-level sport, but that tournament was an absolute beauty. 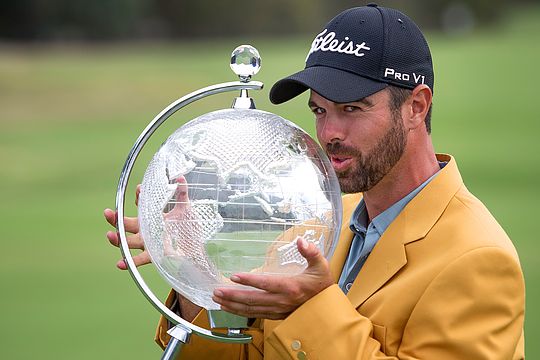 Granted Adam Scott’s presence gave this Masters gravitas. Without the two-time defending champion in the field, it would’ve been seriously devoid of star power. However, it’s not like he was the only one worth watching.

Geoff Ogilvy, Robert Allenby and Boo Weekly have done enough over the years to warrant the spectators attention. Ogilvy is one of only 10 Aussie men to have won a major championship, not to mention his recent return to form.

On top of the impeccably presented Sandbelt layout, you had unheralded players Paul Spargo and Michael Wright playing in the final group on the weekend. Both desperately trying to hold, knowing a win would change their professional life. Now that’s a good story.

Then you had a number of our next level stars like James Nitties, Matt Griffin and Aron Price contending for what would have been the biggest wins of their career. They were just a few of the 20 odd who felt they had a chance of winning going into the final day.

Throw in promising amateur talent Ryan Ruffels, Todd Sinnott and Lucas Herbert, all who had weeks to remember, and you’ve got yourself a golf tournament. Do we really need the likes of Bubba, Rose or Rickie to make it worth the sporting public’s while?

I accept Scott’s late charge for an unprecedented hat-trick of Gold Jackets really brought it to life, but it’s not like he carried the coverage on his own play. Cullen and co. put on a show that I know Channel 7 would be pleased about.

When I hear that Australian golf is on the nose, I know those people don’t know how good our depth is so it’s time we, the greater golf community, got together to educate the masses.

Start telling your mates who rubbish the Aussie Tour, that anyone who tees it up in one of the big three is better than the best player at your club. While they might occasionally hook one into the trees or miss a short putt, breaking par around these courses is very impressive.

Cullen’s Masters win is the result of over a decade of determination to improve his career. He’s travelled to Europe, through Asia and now the U.S. to take the next step and gone close to broke a couple of times trying to do it.

At 30, he’s by no means assured of a great future either. Sure this win will open a few doors, but he’s still got a long way to go before he can truly say he’s made it.

What he proved though at Metro, is that on his day, Cullen can compete, and beat, great players and that’s what really matters. It’s time the fringe fan knew that he’s one of a large number of Aussie pros who make Australian golf shine.