Don’t you just love the way Jason Day plays Match Play. It’s how you wish you would play the man’o’man format of the game if given the chance. He’s a fighter of the highest order and thoroughly deserved his win.

Here are five reasons why the 26 year-old Aussie is considered one of the best in the business. 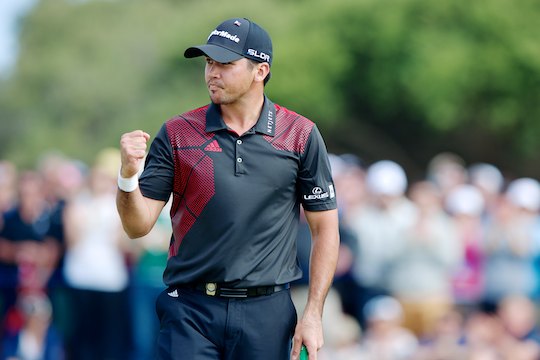 Obviously, being one of the worlds best gives you a massive head start, but with the top 64 players (almost) contesting the WGC – Match Play, anyone on any given day can win. However, Day has an uncanny knack of winning more than his fair share.

His record in the event is 14-3, but for every stat in the game there are things you can’t quantify in numbers… tenacity is just one of them, here are four more.

Ian Baker-Finch reiterated this during the coverage. He’d just come off two days playing golf with Day in Palm Springs, adding “he’s in very good form at the moment.”

At desert courses like Dove Mountain, which is so penal off the fairway, it’s a huge advantage. It also allows him to reach par 5s in two, often with mid-irons and attack pins on those severely undulating greens.

While people think it’s an advantage to hit first into greens in match play, its not when players like Day often knock it tight.

Drive For Show, Putt For Dough

Fellow PGA Tour pro Scott Gardiner tweeted this over the weekend and he’s spot on. While Day is a prolific ball-striker, his short game is even better and he gets up and down from the unlikeliest positions. 32-36 (89%) for the week is sublime and it comes from excellent fundamentals so work on your chipping and putting.

It’s also why he’s also a consistent threat in majors. At the 2011 US Open, where he finished runner up to Rory McIlroy at Congressional, he went 45 holes without making a bogey hitting less than 50% of greens.

While Day has worked tirelessly on his physical game over the years with coach/caddy and mentor Col Swatton, he’s worked even harder on his mind.

Belief is the most potent tool in golf, particularly when under intense pressure so visualise hitting great shots and see those putts going in. This helped him stay composed when Victor Dubuisson was acting like Houdini out of the Cactus.

One of sports intangibles, momentum is the most important factor to winning at match play. When Geoff Ogilvy dominated this event, he was one of the best at holing putts inside 10 feet, now Day is and helps him maintain momentum.

He’s also like a Bulldog with a bone – he never lets go! While I don’t subscribed to this myself, Day doesn’t concede a thing, saying “why give a guy a putt, I’ve seen people miss one footers.”

Jason Day deserved this win more than any other player on tour and don’t be surprised if he goes on a spree. Together with Adam Scott, Australia boasts two of the world’s best, that is something to be proud of.