Luke Elvy: Will our Summer of Golf sizzle or fizzle?

With the first of Australia’s big three events beginning this week, it’ll be interesting to see how this summer of golf will fare. Will it build on the momentum of last year or be lost amongst the noise of Cricket and Soccer/Football?

Two things already stand out as big positives for golf. 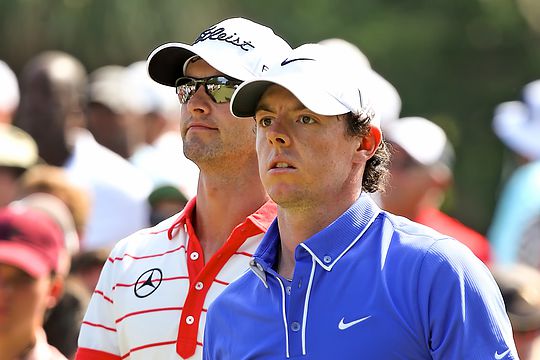 It’s the first the time since the 1998 Presidents Cup that we’ll have the world’s number one and two ranked players on our shores. Also the venues are sensational for tournament golf – especially Metropolitan and The Australian – all have undergone changes.

For a month Australian’s fell in love with golf again, in particular Scott who paraded his Green Jacket like Superman’s red cloak, only to see their new hero succumb to kryptonite on the final hole. It was an atmosphere not seen since Norman in his prime, but will 2014 have a similar vibe to it?

The initial feeling is not quite, but there’s no shortage of top end star power. At just 25, McIlroy is on the verge of joining the all-time greats, a win at The Masters next year will solidify that. It’s a big win for us that he decided to defend his title, and he does so as the clear number one.

Scott, however, is determined not to play second fiddle in Sydney. Before then he must prove he’s overcome a recent trend of one poor round a tournament by capturing a hat trick of Gold Jackets in Melbourne, a remarkable feat if successful.

The field lacks real depth as Geoff Ogilvy and Steven Bowditch pose as his biggest threats at Metropolitan, but the course will steal much of the limelight and rightly so. The Sandbelt gem is hosting a major men’s event for the first time since the WGC Match Play in 2001.

Metropolitan’s new $11 million clubhouse will catch your eye and so will Michael Clayton’s cosmetic changes made to the course in 2007. It will also be a welcome return for the famed layout after losing ground to Royal Melbourne, Kingston Heath and Victoria in recent times.

The Australian Golf Club will be the biggest surprise though. Significant funds were spent to have Jack Nicklaus reshape the venue, which has hosted more Opens than anywhere else in Australia. The players will love how open it feels, and it will look great on TV, it’s very easy on the eye.

If Scott or McIlroy were upstaged, you’d imagine it’d be young Jordan Spieth wrapping his hands around the Stonehaven Cup. Fresh from his maiden Ryder Cup, the American is a future world number one and will relish the chance to take down the current top two.

Brendan de Jonge, Boo Weekly and Scott Stallings add more international flavour to our fields this summer, especially on the Gold Coast. After an impressive debut at RACV Royal Pines, the PGA Championship returns to its preferred position at the end of the calendar.

The course is midway through a renovation, but many are impressed by Graham Marsh’s renovation of the front nine. How it will fare as a half done tournament venue remains to be seen, but if the week is anything like last year, it should be a success.

Golf in this country needs every second it can get in the sporting spotlight, it is all set for a great month. Will our summer of golf fizzle or sizzle? Fingers crossed it’s the latter.