Lutterus shot an even-par 72—his worst round of the week—to defeat Benjamin Lein by four shots with Taiwan’s Kuan Po Lin and New Zealand’s Matthew Perry tied for third seven shots back. 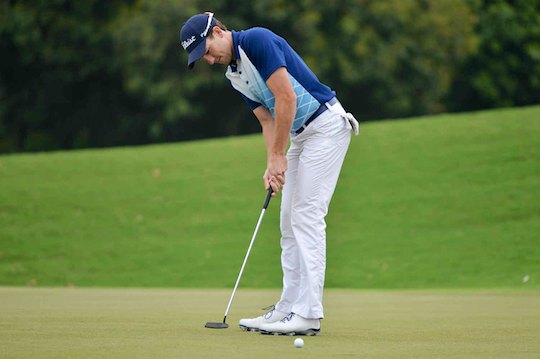 Lutterus led a group of 20 players who emerged from this event holding exempt status for the inaugural PGA TOUR China Series season, which begins next month.

“I had a lot of things not go my way, I had a couple of bad breaks and didn’t score well. But I was well inside the number, so it was all good,” Lutterus said. “Obviously to win is nice. I didn’t quite have it today, but it was enough.”

Added Lutterus “I’m excited for the year and excited to play in China. It’s my first time here and I’ve really enjoyed the place. I’m looking forward to getting the Tour started and hopefully finishing top-five on the money list.”