Lyle to be honoured with new Players Series event

Cobram Barooga Golf Club lies just an hour north of Jarrod Lyle’s home town of Shepparton and will be the home for a tournament in his honour. 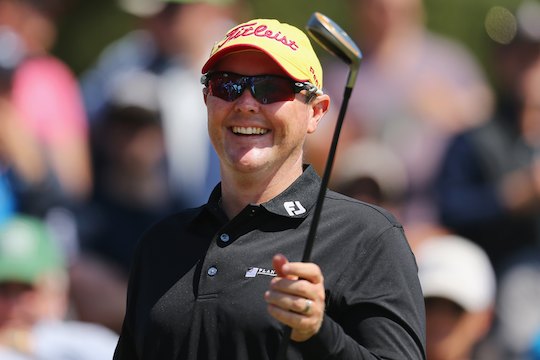 Lyle, who passed away in 2018 at just 36, was one of Australia’s best-loved players, both locally and in the US where he will be forever remembered for his hole-in-one, and the subsequent celebrations, at the 2011 Waste Management Phoenix Open.

“Since Jarrod’s passing, we have seen the love and admiration the golfing community has for Jarrod,” said Lyle’s wife, Briony.

“To have Jarrod’s name associated with a regional-based pro golf event is certainly a great honour. And given Barooga is only an hour up the road from his hometown of Shepparton we think this opportunity is a perfect fit.”

“As Challenge is a chosen charity of the Australian PGA, we look forward to seeing the fairways of Cobram Barooga bathed in yellow in February.”

The TPS events have proven an exciting addition to the golfing calendar and build on the success of the Vic Open where men and women competed for the first time on the same course for the same prize money.

“It is fair to say that the concept of The Webex Players Series has taken hold very quickly and we’re excited to see what it can become,” said PGA of Australia Tournaments Director Australasia, Nick Dastey.

“We were thrilled to add TPS Hunter Valley…and we can’t wait to bring The Webex Players Series to Cobram Barooga and to honour one of the most treasured figures in Australian golf.”

The first of the TPS events will get underway in Melbourne on February 3rd at the TPS Victoria host by Geoff Ogilvy.