Jeff Maggert won the US Senior Open at the weekend for his second major victory on the Champions Tour this season. He closed with a 5-under 65 to defeat 2014 champion Colin Montgomerie by two shots and take home US$675,000.

“It’s satisfying just because the guys out here on the Champions Tour are the same guys that I was trying to beat 20 years ago,” Maggert said. 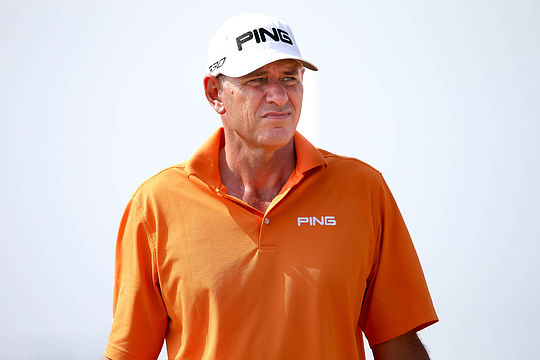 “I had a lot of good runs in the U.S. Open over the years and probably lacked a little maturity to pull it off,” he said.

Montgomerie closed with a 4-under 66 with New Zealand’s Grant Waite and Langer tied for third at 7 under.

Montgomerie, who tied for 64th at the U.S. Open at Chambers Bay last week, was taking an overnight flight to London to try and qualify for the Open Championship at St. Andrews.

Tom Watson missed his chance to carve his place as the oldest winner of a senior major at age 65.

He started the final day one off the lead but couldn’t get it going. He finished with a 1-under 69 to tie for seventh and five shots off the pace.

Australia’s Peter Fowler maintained his superb recent form to put in himself in contention coming in to the weekend but ran out of puff across the weekend with back-to-back rounds of 72 to finish in a tie for 17th at 1-under.

Peter Senior was the only other Aussie in this week’s field and he finished equal 26th.