Ireland’s Leona Maguire secured a three shot win over American Lexi Thompson at the LPGA Drive On Championship in Florida for her maiden LPGA Tour title.

Maguire also becomes the first Irish winner in LPGA Tour history after closing with a 5-under-par 67. She already has two wins to her name on the Symetra Tour at the 2019 Windsor Golf Classic and the 2019 Symetra Classic. 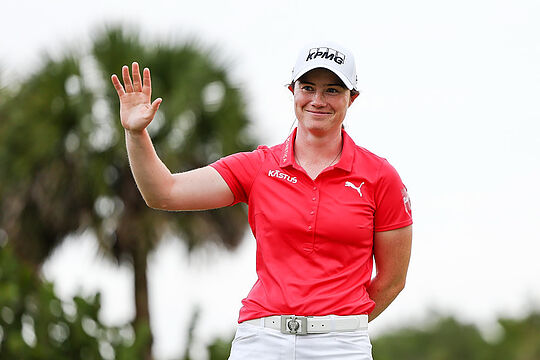 “It’s been a long-time coming,” said Maguire about winning on the LPGA Tour.

“I suppose you don’t know it’s going to happen until it actually does. I tried to stay really patient today. Didn’t get ahead of myself. Wanted to go out and just shoot a number. I didn’t want anybody to have to hand it to me. I wanted to win it myself, to earn it.”

Maguire, 27, needed 50 starts on the LPGA Tour to earn her win, and will surely not be the last from the former world No.1 female amateur, who held that spot for an unprecedented 135 weeks.

Maguire also holds the record for the lowest ever final round in a major with a 61 at last year’s Evian Championship where she finished sixth for her best result in a major to date.

Saturday’s victory sees Maguire move to number 20 on the Women’s World Ranking list, her highest placing ever. Her top-20 spot means she is the second-highest ranked European player in the world. Maguire has jumped 157 places on the rankings in the last 12 months.

Su Oh finished the best of the Australians in a share of 41st position, while Katherine Kirk and Sarah Kemp missed the weekend.