Major changes for Muirfield at Open

Major changes to at least seven holes will greet golfers returning to play this year’s British Open Championship at Muirfield for the first time since 2002.

Ernie Els was the champion when the Open was last played there, and he’ll be defending champion this year on a layout that has had about 158 yards (144m) added to its length. 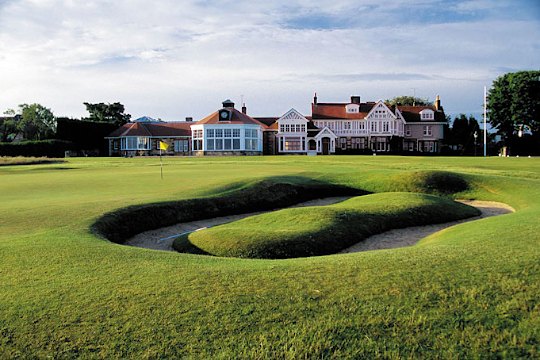 Muirfield – Home of the 2013 Open Championship

It appears the biggest difference is the ninth hole where a land swap with neighbours, the Renaissance Club, has enabled the club to move tee back 46 yards – extending the par-five to 554 yards (507m) – with a new bunker added on the right of the fairway and bunkers moved closer to the green.

“The golf course at Muirfield is laid out right there in front of you, you don’t get the humps and bumps you get at Royal St. George’s and others,” explained R&A secretary Peter Dawson.

“The players love it, it’s immensely popular and it’s always in fantastic condition.”

“I always say we could hold an Open here any year at three week’s notice. We will be setting the course up to challenge the golfers.”

“The rough has been cut down over the winter but it will regenerate depending on the weather we get.”

“You will see the rough up and you’re unlikely to win an Open at Muirfield from the rough.”

Dawson admitted that apart from two holes, the 11th and 18th holes, Muirfield could not be stretched any further for future Open championships.

“We could go back at 11 and 18 but I think the R&A and USGA have said repeatedly that if hitting distances started to go away again we would rein things back and that remains our commitment,” he said.