The announcement, held at the venue for this year’s tournament, Castle Hill Country Club, also unveiled a new tournament logo and will see the Gloria Jean’s brand associated with the states’ premier golfing championship. 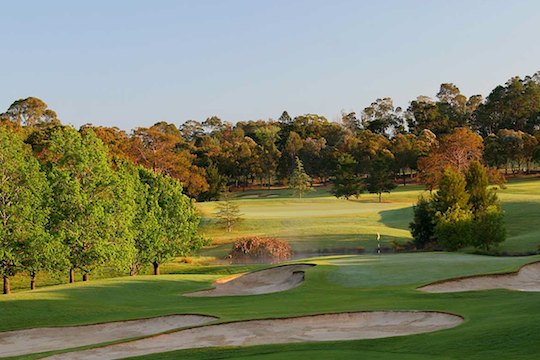 “The NSW Open has a proud history stretching back more than 80 years, with some of Australian golf’s biggest names like Kel Nagle, Jack Newton, Greg Norman, and more recently Craig Parry and Peter O’Malley among former champions” said Minister Annesley.

“I congratulate Golf NSW for its decision to stage this year’s event in the heart of Western Sydney at the Castle Hill Country Club, a course that has hosted several major championships in the past,” he commented.

Speaking at the announcement, 2010 NSW Open winner and current PGA of Australasia Deputy Chairman, Peter O’Malley said the involvement of Gloria Jean’s is a great show of faith in the game.

“The involvement of Gloria Jean’s is tremendous news for all the professional golfers, myself included, knowing that the NSW Open will continue to be one of the key tournaments on our Australasian Tour”.