Western Australia’s Minjee Lee has been named the Greg Norman Medal winner for the second time since 2018. 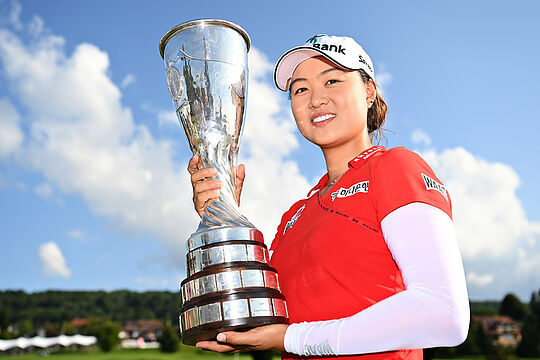 Already a winner of five LPGA titles prior to 2021, Lee enjoyed a breakthrough year becoming only the second Australian female golfer since Karrie Webb in 2006 to secure a major with her playoff victory at the Evian Championship.

“Winning a major championship was the realisation of a lifelong dream and to be able to cap it off with the Greg Norman Medal makes it even more special,” said Lee, who ended 2021 ranked 7th in the world.

“The fact that my brother was also nominated is also a great source of pride and joy for our family.”

“Being awarded the Greg Norman Medal in 2018 was a significant achievement in my career and winning it for a second time only adds to a year that I’ll never forget.”

Kyriacou is a deserving winner of the title following a year in which she claimed her second LET title and also qualified for the 2022 LPGA season after finishing 16th at Q-School to earn her card alongside fellow Aussies Karis Davidson and LPGA veteran, Sarah Jane Smith.