The tournament is the season’s first national selection trial event and the 78 field includes the majority of Australia’s top ranked amateurs. 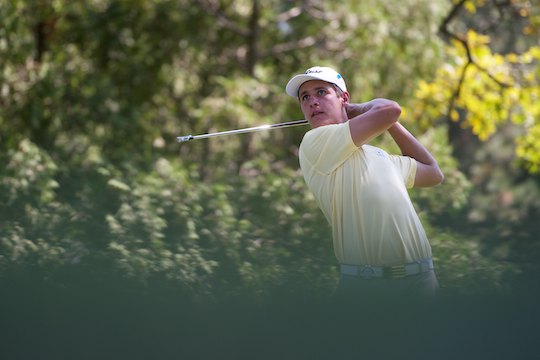 Local Oliver Goss arguably starts one of the tournament’s favourites following on from an impressive US Amateur Championship where the Western Australian progressed to the quarter-finals.

Goss is also the current West Australian amateur champion and will be looking to secure another win on home soil before attending college in the US next January.

Goss will have his work cut out with Daniel Nisbet and Ricky Kato also in the field.

Nisbet was recently selected for the Australian Eisenhower team to compete at the World Amateur Teams championship, starting October 4th in Turkey.

Australia’s only international winner in 2012 after securing the Players Amateur in the US, Nisbet has featured strongly, both locally and internationally, resulting in the Queenslander sitting comfortably inside the world’s top-30 and Australia’s second highest world ranked amateur.

Australia’s number one ranked world amateur, Jake Higginbottom, will miss the event, as will Matt Stieger.

Stieger is preparing for the World Amateur Teams championship while Higginbottom takes a well earned rest following extended international commitments over the last few months in the UK and USA .

Whilst there is a notable absence of internationals, the field at Mandurah remains strong.

Nathan Holman is also playing, along with Dimi Papadatos and Callan O’Reilly.

A cut will be made following Sunday’s second round with the top-50 scores plus ties progressing to Monday’s final 36 holes.