This weekend Mandurah Country Club will host the first Australian main amateur event of the 2013-14 season when the Mandurah Amateur Open gets underway. 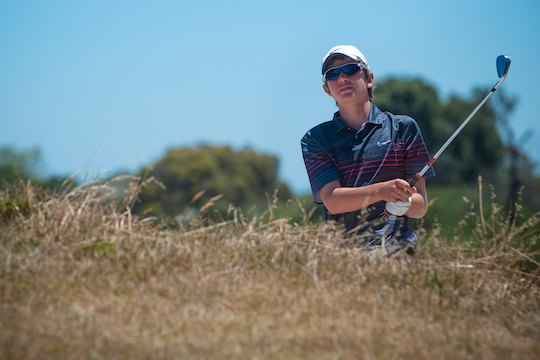 Defending champion Nathan Holman is not in the field after announcing that he has turned professional.

The 15-year-old Ruffels has been turning heads of late being the leading Amateur at the Queensland Open last month, as well as being the youngest player in Victoria’s history to represent his state in senior competition at the Interstate Series last May.

A 7th at the Toyota World Juniors in Japan and a round of 16 finish at the US Boys Amateur Championship have also been season highlights this for this exciting talent.

Brady Watt was easily our most consistent international performer during the recent UK and US summer with semi-final appearance at the US Amateur and was awarded co-medallist honours after qualifying T1 during the opening two rounds of stroke play.

Watt last Australian summer was unstoppable winning the Dunes Medal, Keperra Bowl and Riversdale Cup and during his recent tour in the US secured four top-15 finishes, including a tied 3rd at the Porter Cup.

Daniel Hoeve, winner of the Golf SA Classic back in April in the last main Australian amateur event, is another to monitor.

Hoeve (43rd) is the third ranked world Aussie amateur behind Watt (6th) and Oliver Goss (8th) to round out the only Aussies presently inside the world’s top-50.

Possessing a solid all-round game that’s suited to the tight Mandurah layout, Hoeve is a local so knows what to expect and should challenge for this title.

Kato, who originally promised so much but has yet to fire – mainly due to putting difficulties – will be keen to advance his world ranking from his current 466th standing so as to maintain some relevance.

Brett Drewitt has not entered as he considers his options moving forward, along with fellow Golf Australia National Squad member, Geoff Drakeford.

Oliver Goss, who now plays in the US Collegiate system, Michael Dennis and the overnight leader, Brady Watt, finished in a tie for 4th at 3-under-par, after Watt recorded closing rounds of 72-74.

Zunic is still recovering from a car accident whilst turing in the US back in July, but is expecting a full return to main amateur golf within a month.

Zunic is an exciting talent and we await eagerly his return to the main amateur stage.

The cut will be made following Sunday’s second round with the top-50 scores plus ties progressing to Monday’s final 36 holes.