Andrew Martin fired rounds of 65-67 to be at 8-under-par and a shot ahead of Ashley Hall, Brody Ninyette and Ryan Haller following the second round of the Queensland PGA Championship in Toowoomba.

Ninyette, in only his second year as a professional, shot a second round of 4-under 66 to position himself well to claim his maiden professional title. 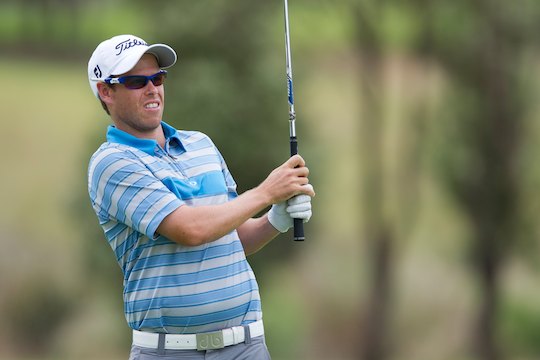 Amateur Cameron Smith, the 2011&12 Australian Stroke-Play and Australian Boys Champion, made a determined charge today to finish in a tie for 4th at 6-under par.

Smith shot an impressive round of 4-under-par, 66, to upstage many of the professionals in the field who struggled to make their way around City Golf Club Toowoomba.

In 2004, Martin won the Australian Amateur title before turning professional in 2007.

A wrist injury hampered Martin’s early years in the professional ranks before playing his trade mainly on the Australian tour.

Recently the Bendigo golfer tied for first with Leighton Lyle at the Greystone Wines Yarra Yarra Invitational Pro-Am and earlier in the season secured a 3rd place at the Western Australian PGA Championship last October.

The cut was at even par with a number of high profile exits including Peter O’Malley, Craig Parry, Adam Crawford and Kurt Barnes.