Master Of The Amateurs announces 2016 event

It started as vision more than a decade ago, now it is arguably the best amateur golf event in the southern hemisphere.

Company Directors Angel and Peter Mann and Tournament Manager Geoffrey Mann have always believed, “That the world’s best amateurs should have the opportunity to ‘live the dream’.” 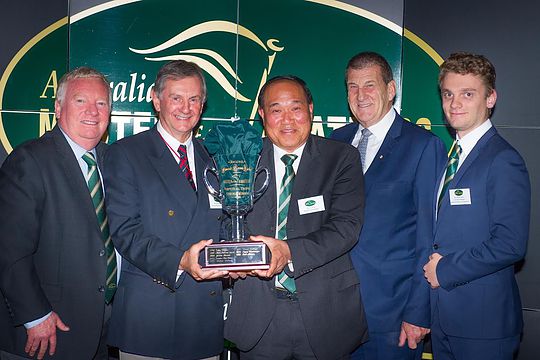 The Australian Master of the Amateurs is in its 19th year and with The Royal Melbourne Golf Club as the tournament venue, the MOTA has climbed world amateur rankings to be 14th in the world and Australia’s highest ranked amateur event.

The tournament has already proved to be a prominent stepping stone in the golfing careers of Australians Jason Day, Brendan Jones, Cameron Smith alongside US PGA Tour young guns such as Rickie Fowler, Morgan Hoffman, Patrick Rodgers and European Tour star and winner of this week’s Turkish Open, Victor Dubuisson.

Amateurs from all around the world will contest the 72-hole stroke amateur golf championship starting 6th January with a number of the world’s best confirmed starters including Scotland’s No.1 ranked player Grant Forest, Americans Matthew Ne Smith, winner of the prestigious US Players Amateur, Dawson Armstrong winner of the US Western Amateur which ranks just behind the US Amateur in status and many of Asia’s best, including Chun An Yu the No.1 ranked player from Taiwan.

The legacy of the Australian Master of the Amateurs is that it has placed Australian amateur golf on the map making the event the blue print for amateur events in Australia to follow.

PGA Champion and world number one, Jason Day, says winning the title was one of his best amateur achievements. Rickie Fowler still talks about the great time he had competing and playing in Australia in 2009 and he’s not the only PGA Tour player who has shared ‘living the dream’, with Kelly Kraft a former US Amateur champion, Patric Rogers and Bud Cauley former competitors.

The 2016 Australian Master of the Amateurs Championship is to be played on the West Course of The Royal Melbourne Golf Club from the 6th-9th January, with the winner receiving an exemption into the 2016 Amateur Championship (UK), the Porter Cup (USA), The Players Amateur (USA), the Dogwood Invitational (USA) and the Canadian Amateur.