Master of the Amateurs finds new home at Southern

2022 marks a turning point for the Australian Master of the Amateurs in a number of ways.

Firstly, the tournament will partner with Southern Golf Club for the next three years as the championship’s venue and secondly, with the international borders open, the return of top players from Europe, UK and the USA, the 2023 event will return to a full international field. 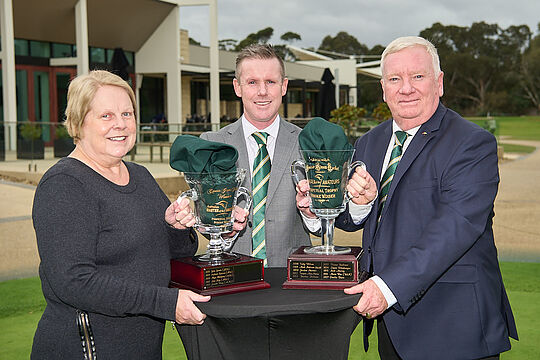 Last Friday at Southern Golf Club, tournament directors and founders Peter and Angela Mann finalised the venue arrangement with Brad Robb, General Manager Southern Golf Club which will see the tournament being hosted on the famous Melbourne sand belt and at one of the best layouts in Australia.

“We welcomed Angela, Pete and his team to our club and look forward to working with them to continue to make this event Australia’s best amateur tournament,” said Brad Robb.

“It’s a great privilege to host the event and to have the best amateurs, male and female, at Southern in our first four round tournament in the Club’s history is a great honour.”

“Our small undulating greens and tight fairways on this sand belt layout is sure to provide for a great test of golf.”

“We are delighted to be associated with Southern Golf Club and secure their wonderful layout for our event moving forward for the next three years,” said Peter Mann.

“The tournament continues to grow and we already have received interest from top players in Europe, Asia, UK and top college players from the USA about playing. This tournament will be different to the last two, that I can promise you.”

The 2023 Men’s and Women’s Australian Master of the Amateurs Championships will be hosted by Southern Golf Club from 3rd – 6th January 2023.